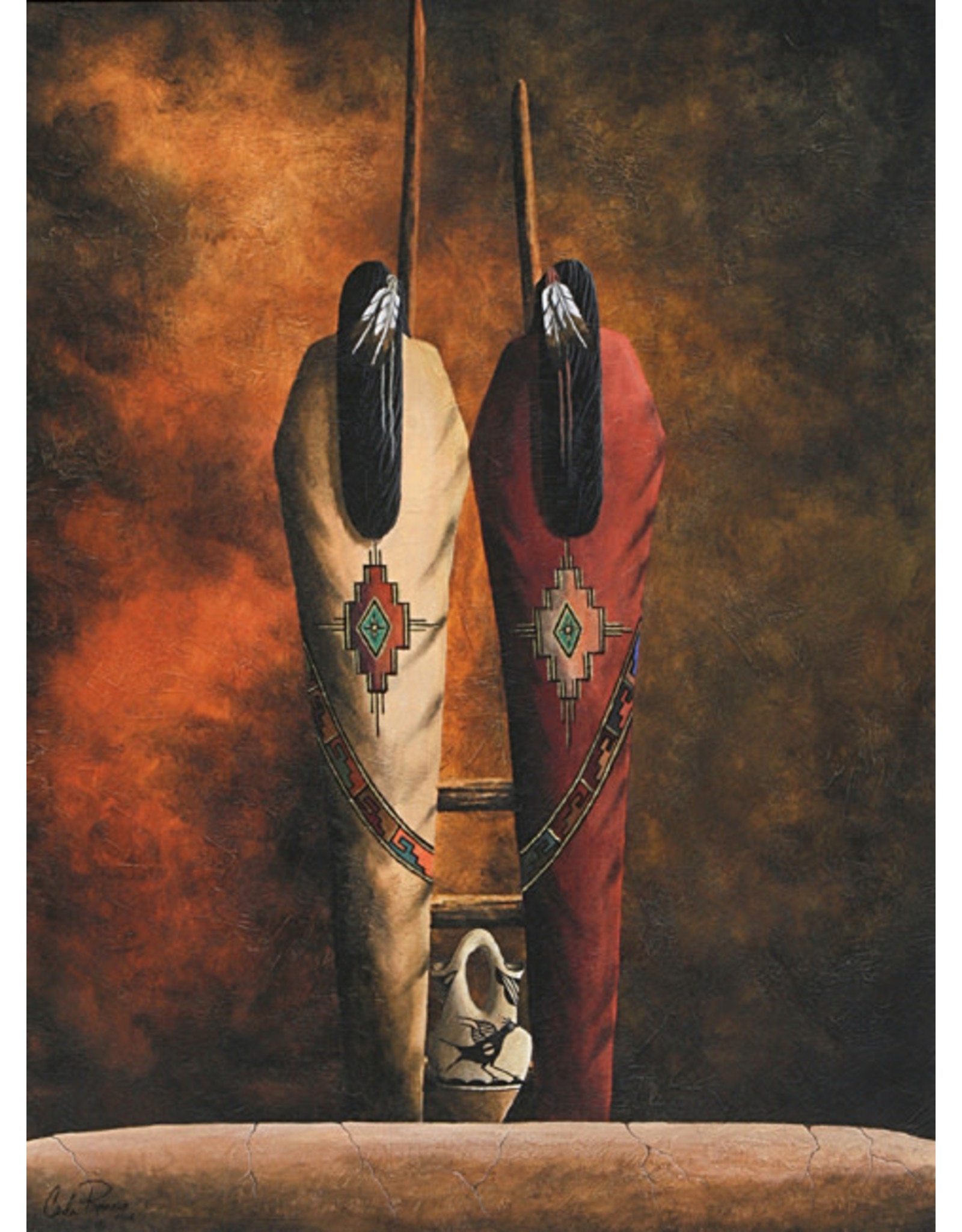 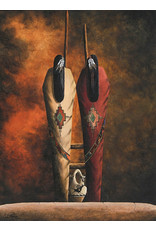 A giclee` is a high resolution digital exact reproduction on canvas made from the original painting. These are limited editions by the artist numbered and signed.

This imagery represents my “vespers” series, “vespers” meaning “evening prayer”.   It depicts a prayer scene, where Native Americans pray atop the kiva before descending down into it. Kivas came from the ancient Anasazi, in which the architecture and tradition were passed onto their descendants, namely being the northern New Mexico pueblos. Kivas are the centers of religious ceremonial and are built entirely or partly underground with adobe or stone. Kiva’s are entered through an opening from the top. The ladder depicted is for one to climb “down” into the chamber, rather than to ascend to the sky. Although it can be a dichotomy in that it can represent ascending also.

Pottery sometimes sits on the adobe wall and are usually from Northern New Mexico Pueblos and Hopi from Arizona. They are meant to be an offering. Prayer shields sometimes hang on the ladder and the designs are representative of the Plains Indian. The designs on the blankets are mostly inspired from the Navajo and represent the “eye” of the creator. Some have crosses on the blankets, which represent the four directions. The jewel and earth tone backgrounds enhance the mood of each prayerful scene. The beings standing atop the Kiva are meant to be neither woman nor man, but rather, spiritual entities, which transcend gender. My intention behind the “vespers” series is to reflect prayer and peace with the up most reverence to and with our Creator. 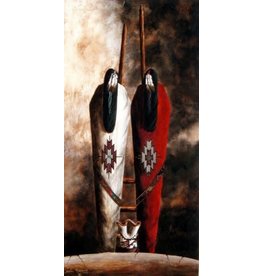 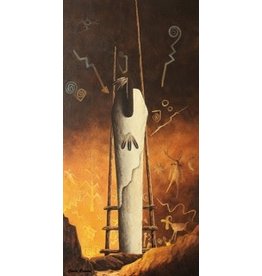 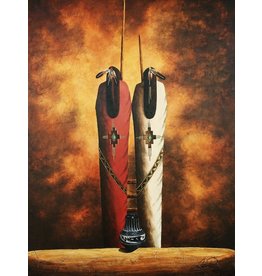 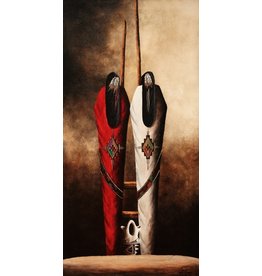 "Sacred Union" giclee` on canvs by Carla Romero
Add to cart
"SACRED UNION" Giclee`
$700.00
← Return to the back office    Our new e commerce is under construction and will be up and operational very soon. Please check back. :) Hide